Design a site like this with WordPress.com
Get started
Skip to content
22nd Oct 201817th Oct 2018 Elli @ AceReader 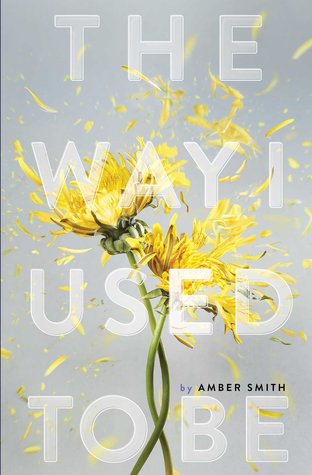 Eden was always good at being good. Starting high school didn’t change who she was. But the night her brother’s best friend rapes her, Eden’s world capsizes.

What was once simple, is now complex. What Eden once loved—who she once loved—she now hates. What she thought she knew to be true, is now lies. Nothing makes sense anymore, and she knows she’s supposed to tell someone what happened but she can’t. So she buries it instead. And she buries the way she used to be.

Told in four parts—freshman, sophomore, junior, and senior year—this provocative debut reveals the deep cuts of trauma. But it also demonstrates one young woman’s strength as she navigates the disappointment and unbearable pains of adolescence, of first love and first heartbreak, of friendships broken and rebuilt, and while learning to embrace a power of survival she never knew she had hidden within her heart.

“He’s not the hero and he’s not the enemy and he’s not a god. He’s just a boy. And I’m just a girl, a girl who needs to pick up her own pieces and put them back together herself.”

I’ve tried to sit and write down my thoughts on this book so many times but no words I could write could capture my feelings on this book.

This book gave me chills.

This book follows Eden through her four years at highschool, starting in her freshman year. The year she was raped by her brothers best friend. Needless to say this book handles a very dark and sensitive subject matter and I can’t speak as to whether this was an accurate portrayal, however, I couldn’t put this book down.

I was so invested in this story. Amber Smith just had a way of making me feel so much and her writing and the way she described everything going on and how Eden was feeling felt so raw.

I feel like this is such an important story to be told and to be read especially with all the shit that’s going down in the world right now.

Everyday there’s more and more victims of sexual assault coming forward that I feel like it didn’t hit me so much as maybe it should. But this book showed me how real it is. It should me how big of an impact it has on the victim. They way it effects the rest of their life from their relationships to who they become as a person.

I read through this so fast and I definitely could have finished it in one night but I picked it up too late in the night and I got halfway and then suddenly it was nearly 1am and mum was packing me off to bed because of school the next morning.

I’m definitely interested in reading more by Amber Smith in the future and I recommend this to anyone looking for a fantastically written book that handles sensitive subjects but of course a trigger warning does apply for this book.